Black History Should Be A Cornerstone of an Islamic Education 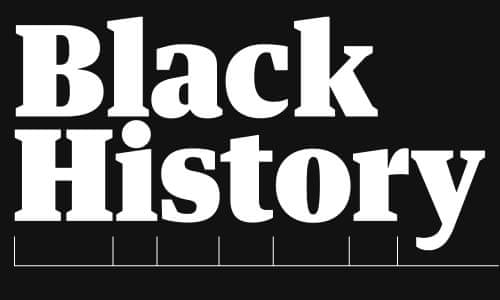 It’s Black History Month (BHM) and I have high hopes for Muslim communities joining in on the month (and beyond) in increasing ways and numbers every year. Having started out in the States in the 1920s as Black History Week and expanding to Canada shortly thereafter, BHM became a reality in 1976 when the honouring of Black accomplishments and history expanded to the month-long festivities we know today. The Government of Canada officially recognized February as the designate month for BHM in December 1995 after a motion introduced by the Honourable member Jean Augustine – also the first Black Canadian woman elected to Parliament. And while a lot can be said about how the month is marked by mainstream Canadian society, I want to zero in on what Muslims are doing in Islamic schools and Islamic educational programs in general.

Last year in Ontario organizations such as the Muslim Students’ Association at the University of Toronto teamed up with the Black Students’ Association to present Black Muslim Excellence. The Islamic Institute of Toronto offered a history series on the untold stories of Black Muslims in America. Aspire2Lead and the Black Muslim Initiative held information sessions for communities impacted by the criminal justice system. Groups in Waterloo centred Black narratives through storytelling events, the University of Toronto Scarborough had panels on being Black and Muslim, and masjids in Toronto and Mississauga held BHM sessions as well.

And while all of this is inspiring, with half a million Muslims in the GTA alone, the number of events and those sponsored by Islamic schools, institutes and masajid MUST be higher – inside and outside the official month of Black History. As people learn, we can build on these past events and plan more for the future – especially in Islamic schools where kids can grow up learning this crucial history year after year, each one building on the one before. As Maya Angelou said, “when you know better, you do better.”

The reality is that racism is not often talked about within Muslim communities, and especially not anti-Black racism, which can sometimes be dismissed with the argument that all are equal in Islam, conveniently ignoring how Muslims actually act. People point to the intermingling of people during Hajj and how people of all backgrounds pray together as equals as evidence that Muslims “see no colour” when, really, there are systemic inequities that permeate our communities just as they do any others. Arabs and South Asians in Canada hold a lot of privilege and lateral violence towards Black Muslims does exist within our communities.

In Ontario, we pride ourselves on our multiculturalism and celebrating peoples’ differences. And while diversity is our strength, it isn’t enough. Black history and contributions in Canada are vast and worth knowing for countless reasons and it is the duty of Islamic educators to take up the cause. Be inspired by BHM to get started in building necessary relationships and acquiring knowledge to pass onto our students and communities, but don’t limit your own study and programming to February alone. Alternative resource programming is available for all kinds of schools in Ontario and where Islamic schools have implemented special programming for leadership development and the like, they can also do so for BHM. Integrating culturally responsive anti-racist education throughout the curriculum, approaching it through an anti-racist lens even, ensures that it will reflect real respect for our culturally and racially diverse communities and society. Start with Black history, as the name of the month suggests, but also branch out to exploring Black and African cultures, celebrating Black Excellence and community pillars, and also addressing social issues faced by Black people in Canada and doubly by Black Muslims.

While many Canadian Muslims believe that the first Muslims arrived in Canada by boat in 1871, it was actually through the enslavement of African peoples introduced by French colonists in what would become Quebec as early as the 1600s (and was not abolished until such was done in all of British North America in 1834) that brought the first Muslims to Canada. Although we do not have exact numbers for how many African Muslims were enslaved and brought to North America (including Canada), we know that they were here, long before that boat arrived in 1871. Historians estimate that 10 to 15 percent of the enslaved Africans brought to the United States were Muslims so it is reasonable to assume that there would be similar or lesser percentages of enslaved African Muslims in Canada. This understanding allows us, as Muslims today, to see that Black history on this continent is actually our history as well.

That being said, too much programming that does happen within the Muslim community during BHM is mostly about the Black Muslim experience or history, and is less about Black history in North America in general. For every lecture on Bilal ibn Rabah (r.a), there should be one on Viola Desmond. For every panel about Malcolm X, there should be one on Oliver de Jeune,  Bob Jamerson, the Black Loyalists, Leonard Braithwaite or Zanana Akande. We need to know this and much more, such as migration and settlement patterns of 20th Century African and Afro-Caribbean immigrants, or the history of segregation in Canadian public schools. Not only does studying Black history involve studying the Muslim experience in North America, it is also an examination of parts of our Canadian history that are chronically overlooked.

So, what can be done during the month itself and thereafter?

Other suggestions are welcome here and if your Islamic school or program has been celebrating BHM, I want to hear about it!

← A picture is worth a thousand screams.. But not mine Don’t Teach Your Kids About Stranger Danger →