Is there room for the National Anthem in Islamic Schools? 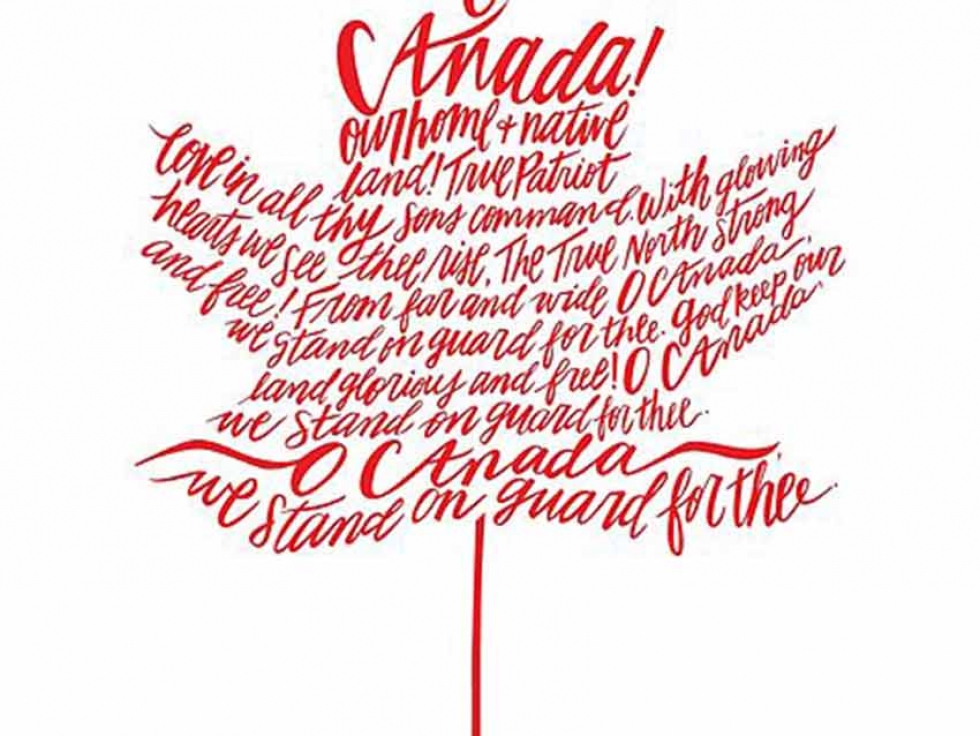 When I was a school principal I encountered a question that continues to be a source of debate. Should the national anthem be played in Islamic schools?

The purpose of Islamic schools is to educate students about Islamic teachings and to provide an environment that models and nurtures Islamic values within the wider context of Canadian society. Some think that playing the anthem in Islamic schools conflicts with Islamic teachings and practices because nationalism divides people, causing conflict rather than uniting people in their shared humanity. While the objections against the national anthem come from a well-meaning place, I believe that the concerns are misplaced. Islamic schools should be developing a unique Muslim identity in students but not by devaluing their Canadian one – to pit one against the other implies that they are mutually exclusive which couldn’t be further from the truth.

Sources clearly state that singing the national anthem is permitted and even encouraged, as long as there are no words or statements that oppose the fundamental teachings of Islam and in the case of the Canadian national anthem, no such contradictions exist. Shaykh Yusuf Badat, Imam and Director of Religious Affairs at the Islamic Foundation of Toronto, explains that Shaykh Khalid Saifullah Al Rahmani, a well regarded Islamic jurist, writes,

“It is permissible for Muslims to sing the anthems that display the love of state lands and loyalty to them, for indeed loving the home-land falls in the diameters of righteousness and this is not objectionable in light of the Shariah.” (Nawaazil Fiqhiyyah Muaasirah page 443)

According to Shaykh Khalid, intention is important. Practices like saluting a flag or singing a national anthem normally show love, respect and honor for a homeland, not worship or submission. This love and respect for a land – whether one’s home of origin or new home of residence – is not the same as divisive nationalism. It is part of Iman (faith). The Prophet himself loved his country:

“We returned in the company of the Prophet from the Ghazwa of Tabuk, and when we looked upon Medina, the Prophet (saws) said, “This is Taba (i.e. Medina), and this is Uhud, a mountain that loves us and is loved by us.” (Sahih Al-Bukhari Hadith 5.706 Narrated by Abu Humaid)

Allah SWT says in the Quran “Oh humankind! We created you from a single pair of a male and a female, and made you into nations and tribes, so that you may know each other (not that ye may despise each other). Verily the most honored among you in the sight of Allah is the who is the most righteous of you. And Allah has full knowledge and is well acquainted (with all things)” (49:13). Muslims have been calling Canada their home for at least 161 years and today there are over 1.1 million Muslims living in Canada that have come from across the world, speak different languages, and have very different cultures. But beyond our community, the most defining characteristic of Canadians is our diversity. As our Prime Minister Justin Trudeau has said “We are a strong and united country because of, not in spite of, our differences.” So while it is important we maintain our Islamic identity, our national anthem is one of those elements in our lives that unites us within the myriad of people, places, and languages that defines us as Canadians.

Of course, the national anthem is not above criticism. In Canada and in the United States the national anthem has served as a platform for protest and political statements. Including it in schools opens up the opportunity for discussions around such uses and also facilitates student reflections on their place as descendents of settler-immigrants to colonized Indigenous lands and their role in conciliatory efforts.

Islamic schools exist to offer Muslim parents an alternative educational stream for their children which is religiously mindful – they do not exist to isolate Muslim children from mainstream Canadian society. In any case, the children attending these schools are also Canadian, so why should the national anthem of the country they belong to not be part of their identities? Too many Muslim kids are expressing the tension between the so-called dualities of their identity – tensions exacerbated when we pretend that being Muslim and being Canadian are somehow incompatible.

I believe that those who object to the national anthem in Islamic schools misunderstand its role. The national anthem is an expression of love and respect for a land and its peoples. To describe school children singing the anthem as a form of worship is disproportionate.

Muslims are found all over the world, Canada included. If we want to build a uniquely Canadian Muslim identity in our youth, something like the anthem gives them something to hold onto as a marker of that very identity.

Islam teaches respect for this land, and the communities that live on it. Including the national anthem in Islamic schools is an opportunity to teach love and respect for country and community, and it demonstrates to our Canadian-Muslim students that the two parts of their identities can naturally coexist.

← Dear Premier Ford, My Kids Disappeared from School – And No One Noticed Our Home ‘on’ Native Land – Indigenous Education in Islamic Schools →