The Khan Chronicles: Adventures of a School Administrator and Her Two and a Half Children 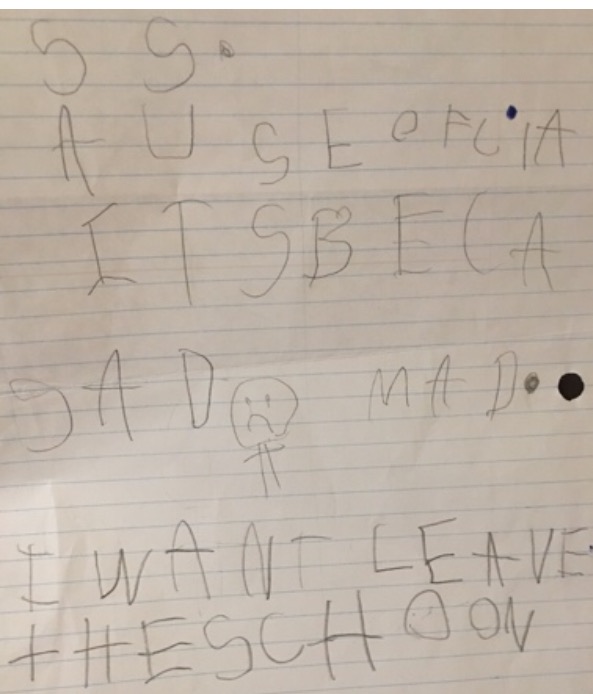 My life and career as an educator has ensured that my list of “The Truly Shocking” has—for better or worse—dwindled with time. As a former elementary school principal and current high school vice principal, I’ve dealt with the full gamut of child-related issues. Just name it: crying children screaming for their mommies, fist fights breaking out in the cafeteria over ‘yo mama’ jokes, students struggling with mental health issues—I’ve seen it all.

So you’ll forgive for once thinking that, as a battle tested veteran in the trenches of kid-related problems, I thought that I had a pretty good handle on similar kid-related issues at home. Boy was I wrong.

Enter 5-year-old Umar Khan, the youngest, bravest, and most stubborn of the Khan clan who also just so happens to be my son. When his little eyebrows furrow up, his 6-foot father usually runs for the hills. To be completely honest, I’d run for cover too but his dad is just faster.

One day after school, Umar ran to me with his trademark look of urgent dissatisfaction—a look that his father and I had grown especially accustomed to in recent weeks. Bracing for what was to come, I looked at him with an anxious smile and he calmly handed me the following note:

In case you can’t read his 5-year-old writing, it says, [First and second line unintelligible. Then it says, “It’s because sad mad. I want to leave the school.”]

Although in grade 1, I had just enrolled Umar in a new school and things were not going well.

Umar was crying daily. I had to drag him into class, shut the door and walk away. With confused, teary eyes, he’d tell me that he was having trouble breathing. Poor little guy didn’t understand what he was experiencing, but I immediately saw the signs of panic and anxiety. As a mother I felt helpless and horrible. My heart ached and I felt guilty for taking him out of his old school. What’s more, I felt isolated because I didn’t know who to ask for help or advice because everyone expected me to have all the answers and I had none. As I would walk away from his classroom I felt like I was abandoning my baby.

His teacher was sending notes home in his agenda that said Umar wasn’t doing his classwork and was trying to pull an escape-from-Alcatraz when her back was turned. As his mother, I felt paralyzed. Was my son a stubborn kid who couldn’t handle the day-to-day demands of schooling? What was I going to do with him? The solutions weren’t readily obvious to me and I started to doubt my own abilities as a mother. Was there something wrong with my kid? What kind of mother couldn’t console her own child?

Despite my experience as an educator, I couldn’t think clearly about how to fix this thing. I was flustered. I was angry. My husband and I would counsel Umar constantly. We tried positive reinforcement and we tried punishment: we spent countless dollars trying to bribe him and, finally, we even decided to ban him from playing video games. The latter move was my rock bottom and it only lasted 3 days anyway.

So, left with no other options, I took a step back and reassessed the way I was approaching Umar’s situation. I realized that as his mother, I was focusing almost exclusively on him—his possible shortcomings, his emotions and his problems. Was I looking close enough at his surroundings and the circumstances that induced his behavior?

I took matters into my own hands and resolved to find out. I decided to ask my husband Adil to manage Umar’s emotions so I could take a step back and look at the situation as an educator.

The first thing I noticed was that Umar was receiving a lot more homework that required pencil and paper work, something that he was not used to, given his limited experiences in senior kindergarten. I’d read him the instructions to some of his work at home and he’d answer my questions verbally with ease. At school, I noticed that, in his classroom of 27 students, Umar sat at the back. How could he read his questions without assistance? He wasn’t reading them and that’s why he had a tough time completing his classwork.

Given Umar’s nature, not being able to perform was too much, so he would cry or try to escape. I scheduled a meeting with his teacher and spoke to her about the situation. She was more than accommodating and immediately changed Umar’s seating and put him in a group with avid readers who would help him read questions.

At home, I focused less on getting his homework done and began focusing on helping him read using Siegfred Engelmann’s Teach your child to read in 100 easy lessons and the Bob Books series. Umar is now on Lesson 17 of Engelmann’s book and has read four little Bob Books all on his own. Mashallah, he’s even stopped crying in class and runs to me every night to read from his books.

Most importantly, his anxiety is gone and so is mine. Even his spelling tests have improved.

So what is the moral of this story? It’s that my baby (and many like him) is not stubborn. He’s not some sort of irregular problem child. He’s not a bad kid. He was just a child whose little world was crumbling. He needed me to remain calm and steady when everything else he knew was changing. I was his lifeline in an angry sea of change. Once I removed myself emotionally, I was able to pinpoint the factors around him that needed to be tweaked and he was able to look to my calmness and see how unfrightening it was to change schools.. When I took care of these issues, I realized that my son is perseverant, hard-working and purposeful. In this case, it was he who persevered.