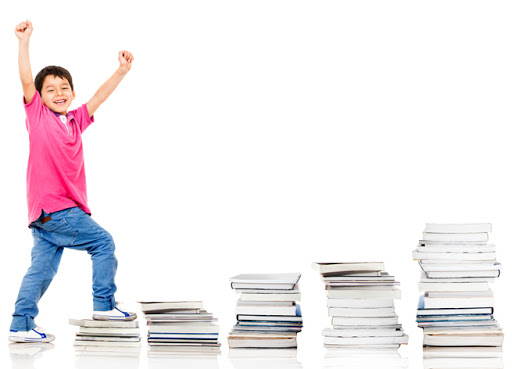 While completing my Masters in Education, I fought hard to convince my class that students (without developmental exceptionalities) could be taught to achieve whatever they wanted. It was a matter of will, fortitude and the right teacher guiding them, instructing them, informing them of their strengths and weaknesses. I was met with considerable resistance from my classmates and surprisingly my professor who said “come on Farrah, just because you want to be something doesn’t mean you can be something. You, Farrah, can’t be an astronaut”.

I was surprised at the conviction with which she said this. She had only known me for a few short months! How could she so definitively say that I could not be an astronaut? With professors like this teaching our future school leaders it is not surprising that in a survey of high school dropouts, 69 percent cited that they were neither motivated or inspired to work hard in school.

To be fair, I understood what she was saying. One would have to be extremely intelligent, a genius even, to become an astronaut. A genius I was not, but as a person I had chutzpah and this got me thinking about the influence of student attitudes on their capabilities.

It might seem like an obvious, all-pervasive concept in a society where myths of people pulling themselves up by their bootstraps and self-help books are everywhere, but the idea that human minds and abilities can be improved through learning is not as commonly applied as it seems. Believe it or not, this concept has yet to become the default understanding of how the mind works in school systems in Canada – a place where the dropout rates of high school graduates might surprise people.

I spent years, in graduate studies, examining the existing pedagogical paradigms that inform how children in Ontario are schooled. I found that the assumptions that policy makers and educators were making about improving performance in students was not only unfounded, but might actually have a detrimental effect on their learning.

What is being applied and what are the concerns?

At the moment, there are several models which inform how student achievement is inspired: the self-esteem model and the intelligence quotient (commonly known as I.Q).

The self-esteem model has been around since the early 1980s and was an attempt to increase students’ perceptions of their own worth by offering praise and rewards. The model didn’t come out of nowhere – scholars studying its effects did demonstrate that self-esteem and academic performance could be related. However, follow up studies showed that not only did self-esteem not seem to have much of an effect on a student’s performance in school, it could actually undermine their desire to seek out new challenges and belief in their own resilience to overcome them. It’s the “participation trophy effect” where students might come to expect praise as the status quo and won’t reach beyond that on their own.

The Intelligence Quotient model enjoys wide appeal with popular audiences but not everyone is aware that it has also been used as a guiding principle for determining children’s education approaches and some of its premises are problematic. For instance, the authors who put forth the notion that higher IQ test results correspond to professional achievements also argued that the intelligence measured was inherited and static. The idea that environmental factors (such as learning) could shape one’s brain and intelligence didn’t arrive until the early 2000s when studies in neuronal plasticity revealed just how malleable the mind is through adaptation. The problem is, the assumptions about IQ still hold some sway over because of their popularity and educators might still be thinking of the smart kids and the average kids in static, unchangeable terms.

That has to change, but how?

I suggest that an upgrade in understanding about how intellectual abilities are cultivated is needed – and plenty of evidence supports alternate models. My studies were focused on one such model called Growth Mindset which is based on the belief “that intellectual capabilities can be cultivated and developed through application and instruction” (Dweck, 2006).

I want to note that there are some contrary studies which showed that implemented strategies for growth mindset didn’t correspond to better achievement or enhanced learning but overall, they don’t contradict the vast evidence in favor of the model.

Perhaps more than breaking down the inherited intelligence argument, growth mindset also throws a wrench into another social myth about the arts and athletics: you aren’t born talented. In fact, there is some preliminary evidence that genius of the artistic variety can be won through personal devotion and practice of one’s craft. Similar points can be made in the area of sports where talent also trumps practice in terms of how society understands athletic achievement.

So what does this mean? Can anyone be Beethoven or Muhammad Ali?

Of course, the answer to this is: not necessarily. Otherwise a set number of hours of practice of any craft could be directly tied to genius levels of achievement. But what growth mindset does unlock is our student’s ultimate potential. In other words, without the belief that practice could mean improvement, we might never know just what is possible – and everyone deserves an equal chance to find that out about themselves.

My hope is the future is to advocate for growth mindset to become the dominant pedagogical paradigm that Ontarian children are educated under so they might benefit from a sense of accomplishment and achievement derived from their own self-improvement and learning. For a public school system, the benefits to our children and our society cannot be overstated.

← I am woman but sometimes it’s hard to roar: Managing my work-life balance at the intersections of womanhood, motherhood, race and religion Getting it Right in Ontario: We need to Unlock Student Potential, Not Shut it Down →