In early 2014, several foundations and community partners approached the Environics Institute to explore the possibility of conducting a national survey of Muslims living in Canada.
The Inspirit Foundation was interested in the prospect of participating in a collaborative research process, which would include leaders from Muslim-led organizations, scholars, journalists, and other supporters working towards creating a more inclusive society. We felt hopeful that by joining a wide range of stakeholders, we would be able to avoid harmful stereotypes while executing a comprehensive evidencebased process taking into account the full spectrum of Muslims’ experiences. Over the past two years, we have collaborated closely with the Environics Institute and our valued partners (The Tessellate Institute, the Olive Tree Foundation, Think for Actions, and the Canadian Race Relations Foundation) to develop and conduct The Survey of Muslims in Canada 2016.

Lack of reflexivity, fragility and silencing, and getting stuck in the "diversity trap". @snarkysanaa outlines common features of org. cultures that enable unchecked systemic racism along with 6 recommendations to address it. https://t.co/RYsVEsnbZu
View on Twitter
10
0

The Justice for Abdirahman Coalition and its partners are calling for the immediate resignation and termination of Matt Skof, President of the Ottawa Police Association for his alleged misogynistic comments to a female member of the Coalition. https://t.co/xw59FkDZxN
View on Twitter
205
0

Thank you MPPs @SherefSabawyPC @DeepakAnandMPP @NatKusendova for being part of the discussion and facilitating dialogues with faith based organizations. This is an important step towards collective healing and recovery from this pandemic.
View on Twitter
1
0 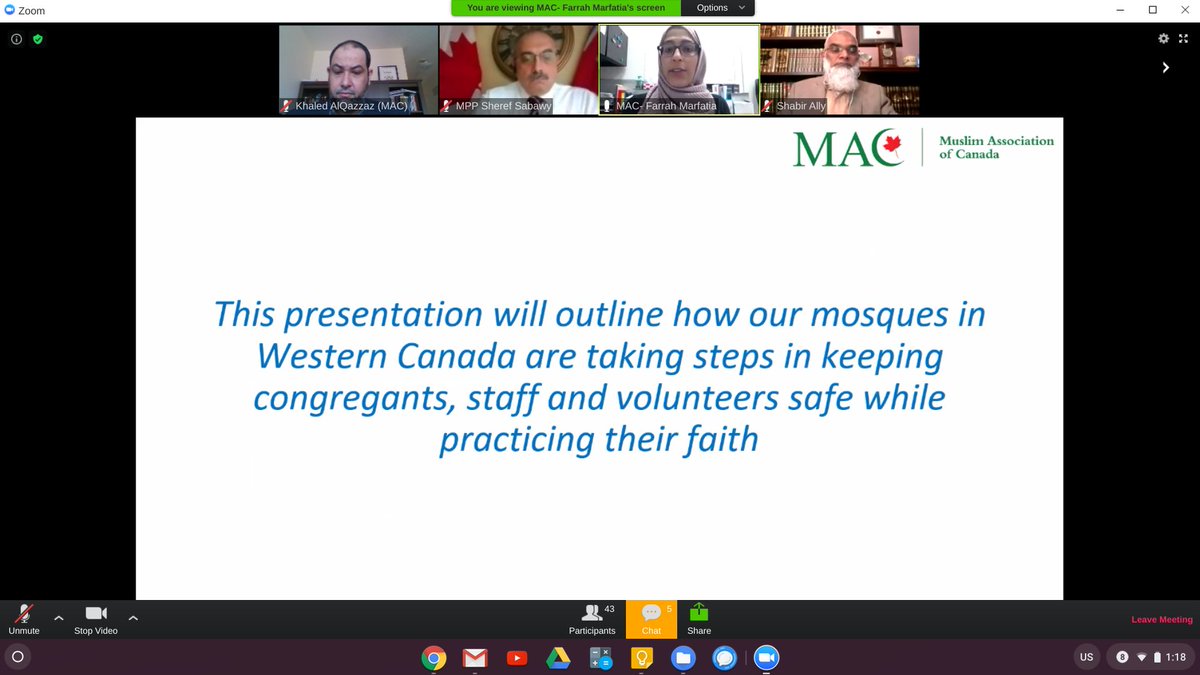 It will be A celebration to remember https://t.co/JKOQzdh597
View on Twitter
2
0